The Simple Facts about Dog Poop

It is estimated that 31% of households in the UK have a dog and an estimated £21 million a year is spent by councils cleaning up dog poop. Dog poop is not only costly in a financial sense but it is also costly to the environment – not to mention the cost to human health and well-being. Man’s best friend comes with many responsibilities, one of which is managing your pet’s waste.

Irresponsible dog owners failing to clean up their dog poop continues to be the issue that results in the highest number of complaints to local authorities. Some councils have employed private detectives to try to reduce the problem. Most local councils issue on-the-spot fines to dog owners who are caught failing to remove their dog’s poop from a public place. There really is no excuse these days because of the many receptacles that councils have situated along public paths and in parks and other public areas. Some local councils are going to great lengths to try to shame the public into using dog poop bags.

The minority are at risk of spoiling the joy of walking our dogs in public places because many bans have been initiated due to the nuisance that dog poop causes. Therefore, local councils have felt the need to act. Many beaches have had to close due to dog poop causing not only a nuisance, but causing danger and harm to the ecosystem. What most dog owners don’t realise is that dog poop left on the beach will be washed away by the tide, but it ultimately causes a chemical imbalance which kills fish and encourages algae growth. Authorities have had to act by declaring the beaches unsafe due to the increased levels of bacteria found in the water and it may take many years before the beach is safe once again. Many dog owners bag their dog’s excrement but then leave the bag on the beach and this is a huge problem at the moment. It should be discarded safely in the bins provided along the coast line because leaving the poo bag on the beach can be more dangerous to health and the environment than not bagging it at all.

The Benefits of Dog Poop Bags

See our Eco Friendly range of dog poop bags in our online shop and be a responsible dog owner. 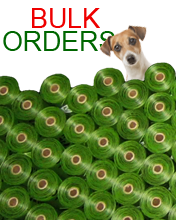 Bulk orders are never a problem with us at Poo Bags Direct. Why not contact us to get even greater savings! 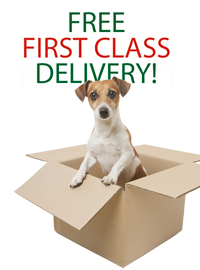 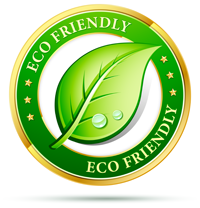